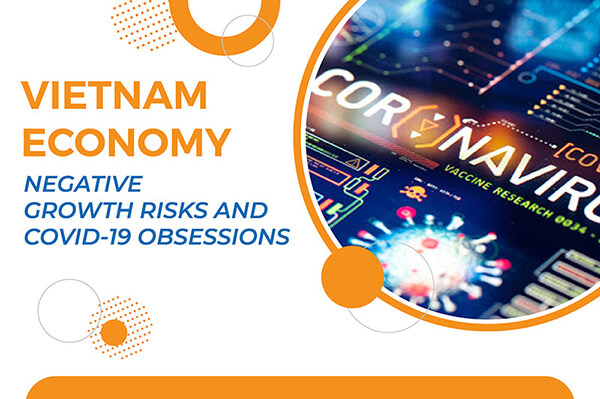 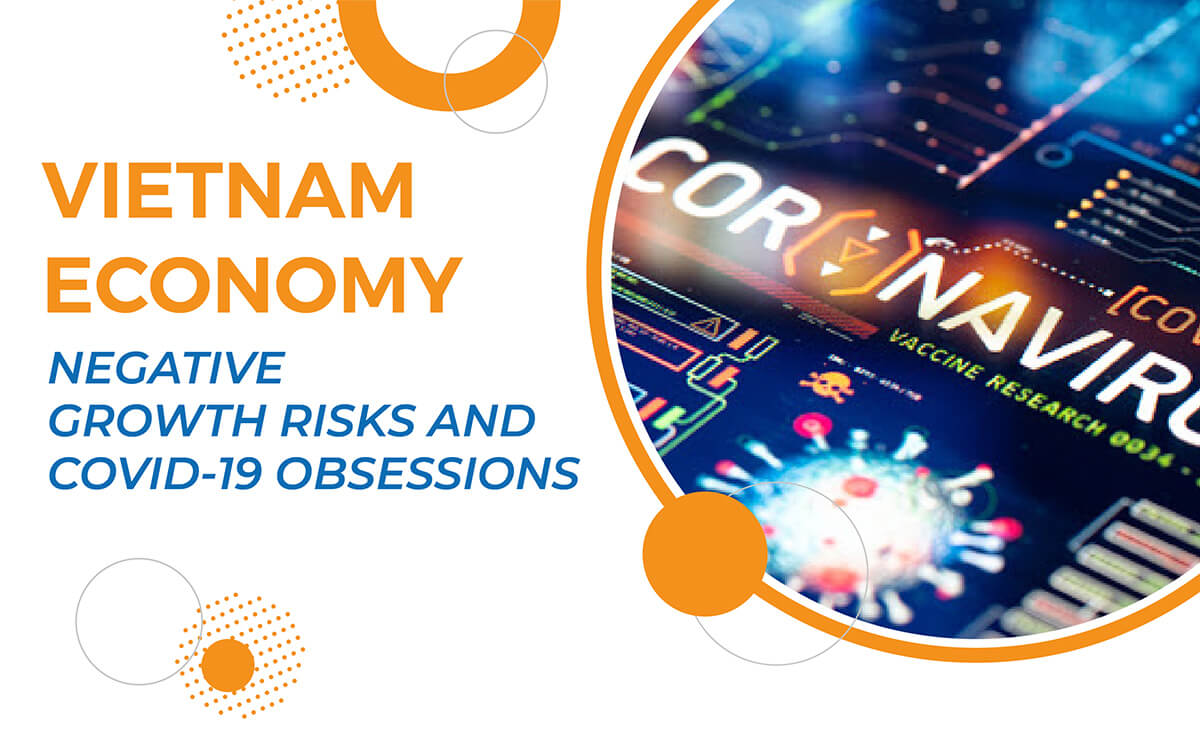 Covid-19outbreak is returned to Vietnam like the way it causes great obsession to every corner of the world. Each 15 second interval is recorded with one Covid-19-related death. That is why the global economy has been unprecedentedly covered by such extensive dark shadow since the Second World War. Bloomberg unveiled that the global economy is pushed back to more intensive depression by the second Covid-19 wave. Economic recovery must be supported by more time and significantly depended on epidemic development as acknowledged by the Minister of Planning and Investment Nguyen Chi Dung.

Vietnam Economy cannot be stood out of such depression vortex. In fact, Vietnam economy has started to boom after social distancing and Covid-19 prevention are successfully launched. Growth is recorded in industry, agriculture, service, tourism and import-export. Unfortunately, the happiness does not last long.

In the beginning of the year when Covid-19 start has just been triggered, the 2020 economic scenarios have been designed with the most optimistic scenario that 2020 GDP growth shall be 6.27%.

Although it is said that “Vietnam economy is still recognized with positive growth rate”, Vietnam economy has been really suffered from extremely serious impacts by Covid-19. Vietnam situation is “serious” and “urgent” as what referred to Vietnam Economy by the Minister Nguyen Chi Dung. That was the time that the second Covid-19 wave outbreak has not been triggered.

This year’s growth rate of 2-3% is “so good” as quoted from experts by the Prime Minister Nguyen Xuan Phuc. The Prime Minister showed his great determination that: “Economy must not be broken down. Negative growth rate is not accepted”. This unveiled that the Government leader thoroughly understands Vietnam economy difficulties. Negative growth risks are potential. No economies are merely relied on domestic market for development. Vietnam economy is even supported by the world leading openness. Therefore when the global economics depression is submerged, Vietnam is hard to trade as usual.

Once the second Covid-19 wave outbreak is sharply triggered, both the world and Vietnam situation shall be much more deteriorated. “Possibly, the economy shall be recorded with negative growth rate when sharp epidemic outbreak is realized. The favorable land for Vietnam growth is no longer available,” said by Mr. Nguyen Duc Thanh, former General Director of VEPR.

Vietnam economy has been being hit with extremely heavy strike by the second Covid-19 wave. The most visible and clear strike is found in tourism and passenger transportation industries. HCMC unveiled that on just 26- 27 July, nearly 21,000 Vietravel tours were canceled, equivalent to expected revenue of VND 88.6 billion. 10,000 Saigontourist tours were also canceled. Surely, myriad of nationwide tour operators is suffered from such tour cancellation.

“Many tour operators may not be successfully stood up beyond this second outbreak”, forecast by Mr. Nguyen Huu Tho, the Chairman of Vietnam Tourism Association (VITA).

Meanwhile, Vietnam Airlines shareholders have just been reported that a loss of VND 15,000 billion may be suffered in this year. Its first-half-year accumulated revenue hit VND 24,808 billion, reducing 50% and the loss after tax was VND 6,642 billion. However, loss was not the end of the problem. The most concern is the cash flow. Urgent support worth VND 12,000 billion is required to be injected to avoid money empty at the end of August and the Government support has been called for.

The Government support is also called by Bamboo. The airlines’ desire is clearly expressed to obtain a loan with 0% interest rate, an unprecedented event in Vietnam.

In such context, industries with export value of billions of USD are also seriously affected by Covid-19 epidemics. Up to now, last-half-year POs have not been received by myriad of garment and textile enterprises, yet. These sectors shall be continued facing with a series of difficulties in the last months of the year.

It is not too exaggeration to say that the Vietnamese economy is as fragile as it is on the wire, and it is totally depended on the Government governance.

In last April, the extensive social distancing order was launched by the Government. Consequently, GDP growth of Quarter II only obtained 0.36%, the lowest value in many decades; 31 million of workers were unemployed and lost with income. If the social distancing order is triggered now, the consequences shall be unanticipated. The economy with horizontal GDP is acknowledged as “a great success”, unveiled by Mr. Nguyen Duc Thanh.

However, it seems that the Government’s first experience is much more prudent. The Prime Minister shared that, “block river, prohibit market” is not conducted regardless of epidemic quarantine, “economy must not be fractured”, no social distancing is announced without considering logical plan, especially when outbreak is not found, resulting in a deadlock of socio-economic activities, etc.

While the Minister, the Chairman of Government office Mai Tien Dung, said that: “Overall viewpoint is that when the epidemic outbreak is found, it must be contained depending on its size to successfully extinguish it”.

It means that governance aims to fulfill double tasks, i.e., epidemic control and economic development maintenance, which are known as prudent considerations and smarter combination. Unless the epidemics widely spreads that is assumed not to happen under expert viewpoint. As Vietnam has had extensive experience and outperformed such tasks, the extensive social distancing shall not be conducted.

Among such 3 recommendations, the first recommendation seems to be impossible as Covid-19 epidemics is complicatedly developed. Public investment improvement and private sector support are solutions that have been being applied by Vietnam.

However, many enterprises fail to access to the support policies. On the other hands, the monetary policies are not provided with various favorable benefits when bad debt story is concerned in Covid-19 period by the banking system. That is why the most important key now is the fiscal policies as judged by the Minister Nguyen chi Dung. On one hand, public investment disbursement is facilitated. On the other hands, it is required to extend and supplement the support packages for enterprises and local residents to boost up production – business, job generation and solving the social security problems.

Under another perspective, the enterprises are assumed to make great efforts to well adopt, adapt and work out solutions to improve production and growth.

In fact, regardless of Covid-19’s serious impacts on the global and local economy, many fields are still developed in difficulties. The fields related to pharmaceuticals, health care, essential goods, foods and foodstuff, online education, technology, etc., are assumed to have more “space” to thrive.

Covid-19, under perspective of economic experts, is acted as a nudge to boost the investment wave moving away from China faster. In such wave, Vietnam is submerged as a top investment location to be selected thanks to its success in Covid-19 fight as well as great efforts in improving investment and business environment. The past 7 months were recorded with registered FDI into Vietnam of US% 9.46 billion, increase in 14.4% compared to the same period of last year. If reduction occurs, it shall be mainly caused by investment through capital contribution and share acquisition. Once foreign investment wave is sharply rushed into Vietnam, production capacity shall be improved and Vietnam economy shall be facilitated and motivated to successfully step out the “door of death”, quickly recover when Covid-19 disappears. 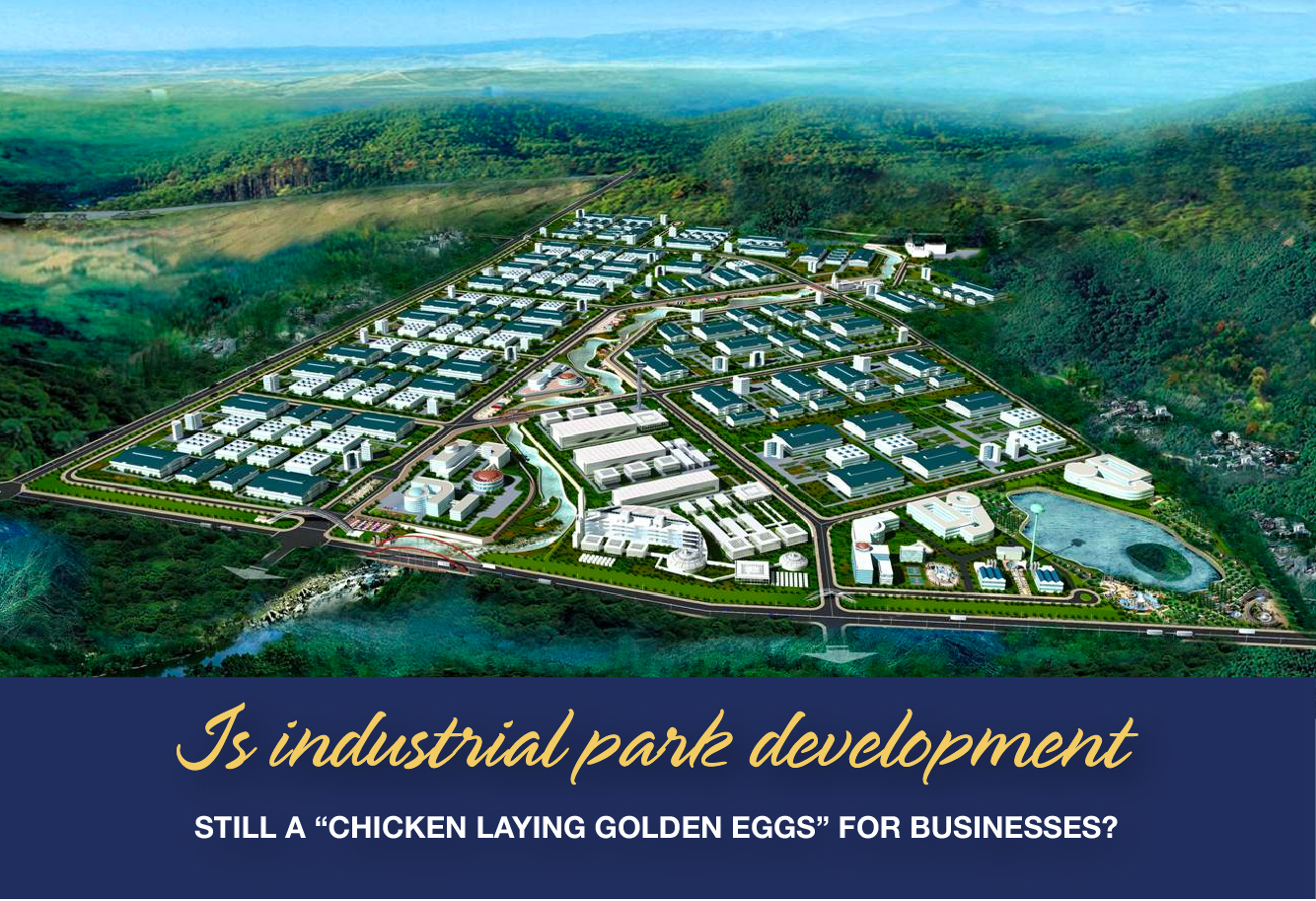 In recent decades, Vietnam has constantly developed industrial parks. According to JLL (Jones Lang LaSalle), in 1986 Vietnam only had 335 hectares of land for...

HOW TECHNOLOGY CAN SUPPORT BEHAVIOURAL SAFETY IN THE MANUFACTURING INDUSTRY

We all have bad habits – whether it’s interrupting our boss or forgetting to turn off our computer at the end of the day. Our... 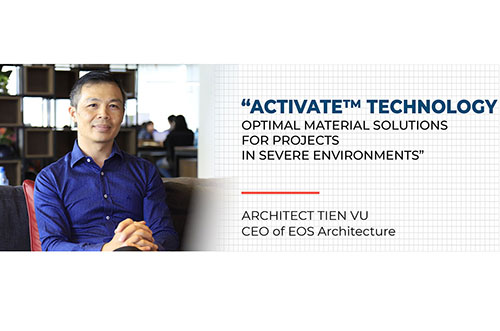 Environmental conditions with high humidity and temperature, and with the high air pollution caused by the large population as well as industrialized production of Vietnam,... 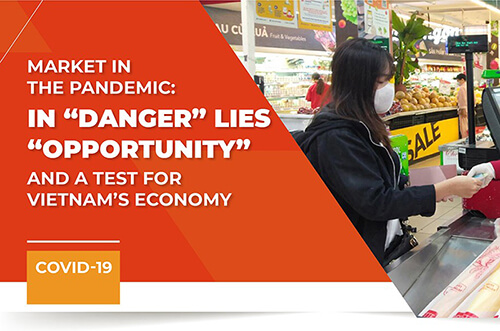 MARKET IN THE PANDEMIC: IN “DANGER” LIES “OPPORTUNITY” AND A TEST FOR VIETNAM’S ECONOMY

Amid the outbreak of COVID-19, many production and business activities of Vietnamese businesses have been seriously affected. Statistics from the Business Registration Office (Ministry of...

Join us to become part of a forward thinking group of business leaders in Vietnam.